Indoor Air refers to the air within and around buildings and structures, especially related to the health and comfort of building occupants. Understanding and controlling common pollutants indoors can help reduce your risk of indoor health concerns.

Outdoor air is defined as the presence of one or more pollutants in the atmosphere at concentrations and for longer periods of time beyond their natural limitations. 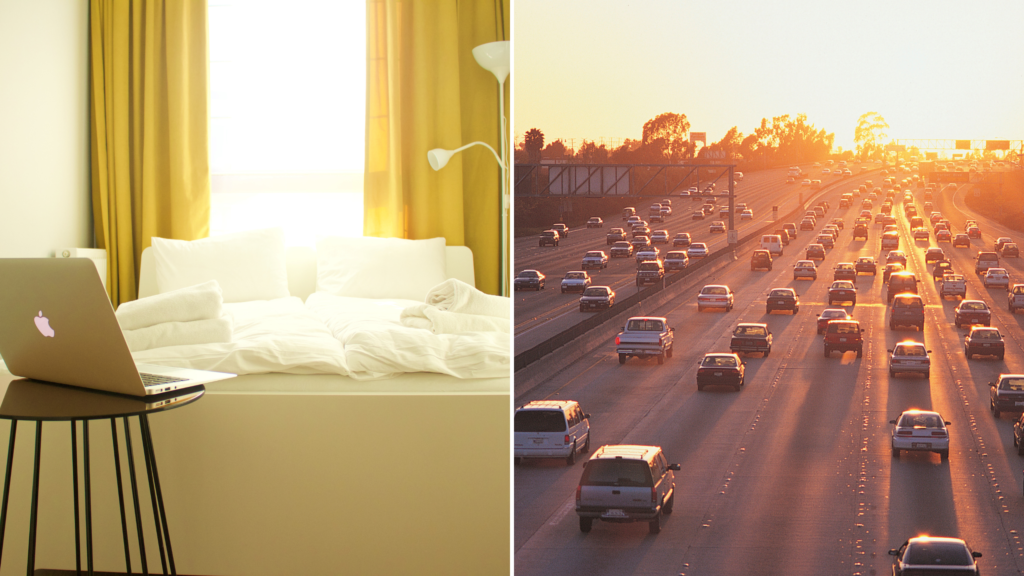 Let’s face it: the air we breathe isn’t exactly ideal. There are noxious petrol fumes and dangerous carbon dioxide emissions. Don’t forget that we’re damaging the ozone layer every day.

It’s enough to make you want to hide indoors, where you may feel safe. However, what you encounter indoors could be far more harmful.

Indoor air pollution, which is caused by toxic chemicals and other pollutants, can be up to ten times worse than outside air pollution. This is because enclosed locations allow possible contaminants to accumulate more quickly than open spaces.

In fact, the air quality inside your house is worse than outside. It’s easy to believe that the outside air quality is worse than the inner air quality. We’ve heard about air pollution and acid rain, we’ve seen smoke and smelled exhausted, and we might even hold our breath as we pass by a huge truck spewing thick clouds of black smoke ahead of us in traffic.

But, on the other hand, indoor air pollution levels are generally 2 to 5 times greater than outdoor levels, and in extreme circumstances, can surpass 100 times higher than outdoor levels of the same pollutants, according to the EPA. To put it another way, the air within can sometimes be more dangerous than the air outside.

Indoor air pollution might have symptoms that are comparable to the common cold or influenza. Itchy eyes, a runny nose, sneezing, coughing, dizziness, and exhaustion are some of the symptoms. However, they’re usually short-term and curable.

Dust and dander are well-known for reducing indoor air quality, but there are a variety of other pollutants that can not only pollute the air but also cause health problems.

For example, poor air quality is exacerbated by radon and carcinogens from cleaning products and building materials, which can potentially cause cancer. In addition, VOCs (volatile organic compounds) from paint and some carpeting and upholstery materials might cause health issues. Mold and cigarette smoke can also be factors.

Anyone, regardless of age, can be harmed by poor air quality. However, children are more vulnerable to particle pollution than adults due to higher minute ventilation and physical activity.

Indoor air pollution can be harmful to one’s health. People who are exposed to indoor air pollutants for the longest periods of time are frequently the ones who are most vulnerable to its effects.

This includes youngsters, the elderly, and those suffering from long-term (chronic) illnesses. Infections, lung cancer, and chronic lung disorders like asthma can all be caused or exacerbated by poor indoor air quality. People who have already been diagnosed with lung illness are at a higher risk. Learn what causes bad indoor air and how pollution can harm your health.

The majority of indoor air pollution is caused by sources that emit gases or particles into the atmosphere. Pollution is constantly released by things like building materials and air fresheners.

Indoor pollution is also caused by other sources such as tobacco smoke and wood-burning stoves. Some contaminants in indoor air have been there for a long time. However, they were frequently compromised by the infiltration of external air into the home. Today’s more energy-efficient homes don’t let as much outside air into the house as they once did.

What Are The Symptoms Of Bad Indoor And Outdoor Air Quality? Lung cancer can be increased by long-term exposure to poor indoor and outdoor air quality. VOCs, combustible pollutants, secondhand smoking, and radon are just a few examples of contaminants that might contribute to the development of this illness. Lung cancer is caused by radon, which is one of the most common causes.

This radioactive gas is created in the soil and can enter your home through fractures and gaps in walls and floors that come into touch with the ground. Coughing, along with difficulty breathing, is one of the most common signs of poor air quality. A lack of ventilation could cause these respiratory difficulties due to the concentration of particles in the air.

You’ll run out of fresh oxygen in the room if you don’t have sufficient air circulation. In addition, the inhalation of dirty, carbon dioxide-rich air might cause difficulties and other respiratory issues. If nothing is done about it, it could be fatal because it will affect your lungs. 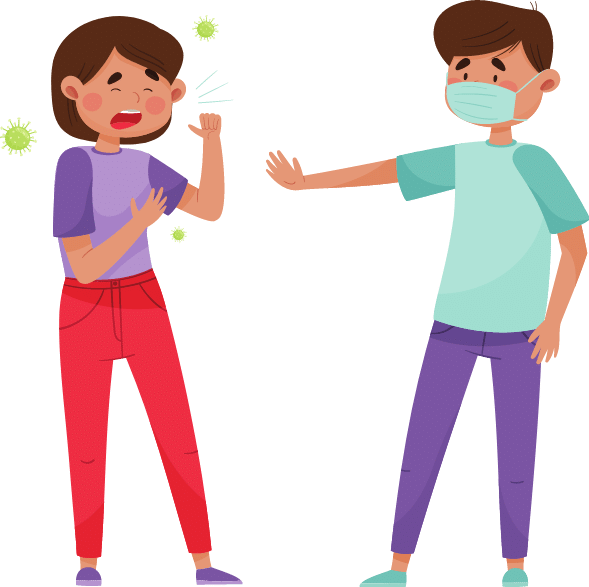 Sneezing, as well as coughing and wheezing, is another sign that leads to misinterpretation. It may also be accompanied by wet eyes and a burning sensation in the nose and throat.

Many indoor air pollutants are linked to skin rashes and redness. You might also notice dry, cracked mucous membranes or itchy skin. If you haven’t found another cause for your symptoms, check your air quality because it could be the issue.

If you or a member of your family suffers from asthma, poor indoor and outdoor air quality can exacerbate asthma symptoms such as wheezing, difficulty breathing, coughing, and chest tightness. An asthma attack can occur if the symptoms worsen, resulting in a medical emergency, hospitalization, or missed work or school. In addition, asthma symptoms might develop quickly after inhaling contaminated indoor air. In an interior setting, airborne particles, ozone, and endotoxins are some of the most common causes of asthma symptoms. When sunlight interacts with some air contaminants, ozone is created. It irritates your airways and lungs, which can cause asthma.

On the other hand, Endotoxins are produced by bacteria in the soil and can be found almost anywhere outside. As a result, these dangerous compounds can be carried into your home by humans, pets, bugs, and outdoor air.

What Are The Five Main Factors That Affect Indoor Air Quality?

Emissions from motor vehicles, solid fuel burning, and industry are some of the most prevalent sources of outdoor air pollution. Bush fire smoke, windblown dust, and biogenic emissions from vegetation are among the other pollution causes.

Dust from tractors ploughing fields, trucks and cars travelling on dirt or gravel roads, rock quarries, and smoke from wood and crop fires can all contribute to air pollution in the country. In addition, when engine and fuel gases that have previously been discharged into the air interact with sunlight, ground-level ozone is formed.

How Can I Naturally Purify The Air In My House?

Reduces moisture levels, which is a primary source of indoor air pollution. No, we’re not asking you to open a window and let all of the pollution from outside into your home. To filter and cycle the air you breathe indoors, install trickling vents instead.

Another excellent option is to employ exhaust fans to help transport pollutants outside. Cooking can be a big cause of indoor air pollution, especially if you have a gas stove, so make it a point to ventilate your kitchen.

According to scientists who examined indoor air quality, cooking a single dinner on a gas stove can produce amounts of nitrogen dioxide that the EPA considers harmful to breathe.

Also, after you have a shower, put on the fan to exhaust all of the steam and extra moisture in the air, which can lead to mold and mildew growth. In terms of functionality and decor, simply placing a Himalayan pink salt lamp in your room or at your workplace desk would be enough. Because the natural orange hue does not disturb sleep hormones, you can leave it on at night. It’s important to remember that salt lamps operate best when they’re switched on, but they still work when they’re turned off. Beeswax candles purify the air naturally. If you enjoy lighting fragrant candles in your house, stay away from paraffin candles, which are petroleum-based and emit benzene, toluene, and soot into the air.

Instead, opt for beeswax candles, which ionize the air and neutralize harmful chemicals and other impurities, instead of these candles, which cause more harm than good. Beeswax candles not only improve the air quality in your home, but they also burn slowly, so you won’t have to replace them as often. Pure beeswax candles, in fact, produce almost no smoke or odor when burned. They are especially beneficial for asthmatics and for removing common allergens from the air, such as dust. “Houseplants can filter and revitalize air within our homes and workplaces, protecting us from any ill effects related with prevalent pollutants like ammonia, formaldehyde, and also benzene,” according to a NASA study. It’s the most effective technique to reduce pollution indoors, especially if you have a family member who suffers from a respiratory condition.

For effective air cleansing, it is recommended that you have at least one plant per 100 square feet of a dwelling. Peace Lily, which prefers mild sunlight, and Lady Palm or Broad leaf Lady Palm, which is versatile but favors strong, indirect light, are the greatest plants for filtering pollutants from the air.

English Ivy, also known as Common Ivy or European Ivy, is another air-purifying houseplant that can be kept in rooms with computers, printers, fax machines, and other electronic devices. Boston Fern thrives in bright light and is ideal for use in hanging baskets. Finally, spider Plant is beneficial in kitchens with gas burners since it reduces carbon monoxide levels.

Which Devices Are Using To Purify The Air In The Home?

Reducing or eliminating polluting sources and ventilating with clean outdoor air are the most effective ways to improve your interior air quality. Furthermore, research has shown that filtration might be a useful adjunct to source control and ventilation.

Indoor air quality can be improved by using a portable air cleaner and/or updating the air filter in your furnace or central heating, ventilation, and air-conditioning (HVAC) system.

Portable air cleaners, also known as air purifiers or air sanitizes, are air purifiers or air sanitizers that are meant to filter the air in a single room or area. Air is filtered throughout a home by a central furnace or HVAC filters. Portable air cleaners and HVAC filters can help to minimize indoor air pollution, but they can’t eliminate all pollutants.

As a result of reading this article, you are convinced that your home has poorer air quality than the outside. Of course, there are other things to consider in this argument, but the truth remains that indoor air quality is a critical issue that should be checked and cared for. Pollutants are present whether you can see them or not.